route to the rockies 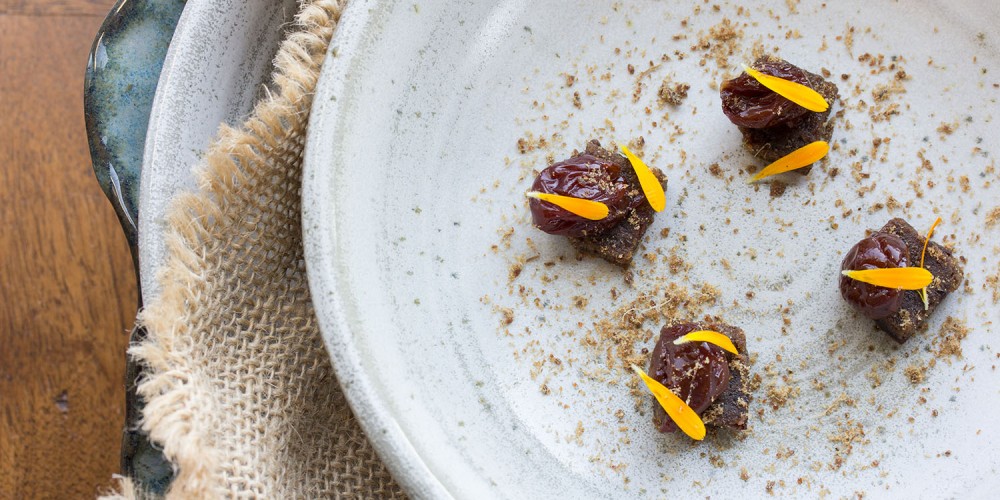 In the late 19th century, the completion of the Canadian railway opened up opportunities for mass settlement in Manitoba, Saskatchewan, and Alberta. The Canadian government focused their efforts on recruiting Europeans to immigrate to the region, believing their familiarity with agriculture, rural lifestyles, and harsh climates would be invaluable. As a result, millions of Europeans, including Hungarians, Romanians, Ukranians, Doukhobors (a sect of Russian dissenters), and Icelanders, among other groups such as Mennonites and Jews, became instrumental in shaping the Prairies’ cultural identity.

From Okróshka, a cold Russian soup, to Vínarterta, an Icelandic layer cake typically served at Christmastime, Route to the Rockies pays homage to the culinary influences of these groups. Rye Whisky Trout Gravlax, served with grated horseradish and dehydrated bagel breadcrumbs, is a nod to Norwegians and Jews, while Bison Bavette with pressed cheese pierogis and cabbage rolls honours Ukrainians and Poles. Beautiful chanterelle mushrooms, Saskatoon berries, Alberta lamb, Grizzly Gouda, birch syrup, watermelon, and Great Lakes yellow pickerel are just some of the fantastic ingredients sourced from the region.

Sommelier Billy Woon complements the menu with perfectly chosen pairings, including a Ukrainian sparkling; while bartender Jeff Sansone provides his take on a Moscow Mule, nixing vodka in favour of tequila and finished with kvass, a Russian fermented rye beverage.