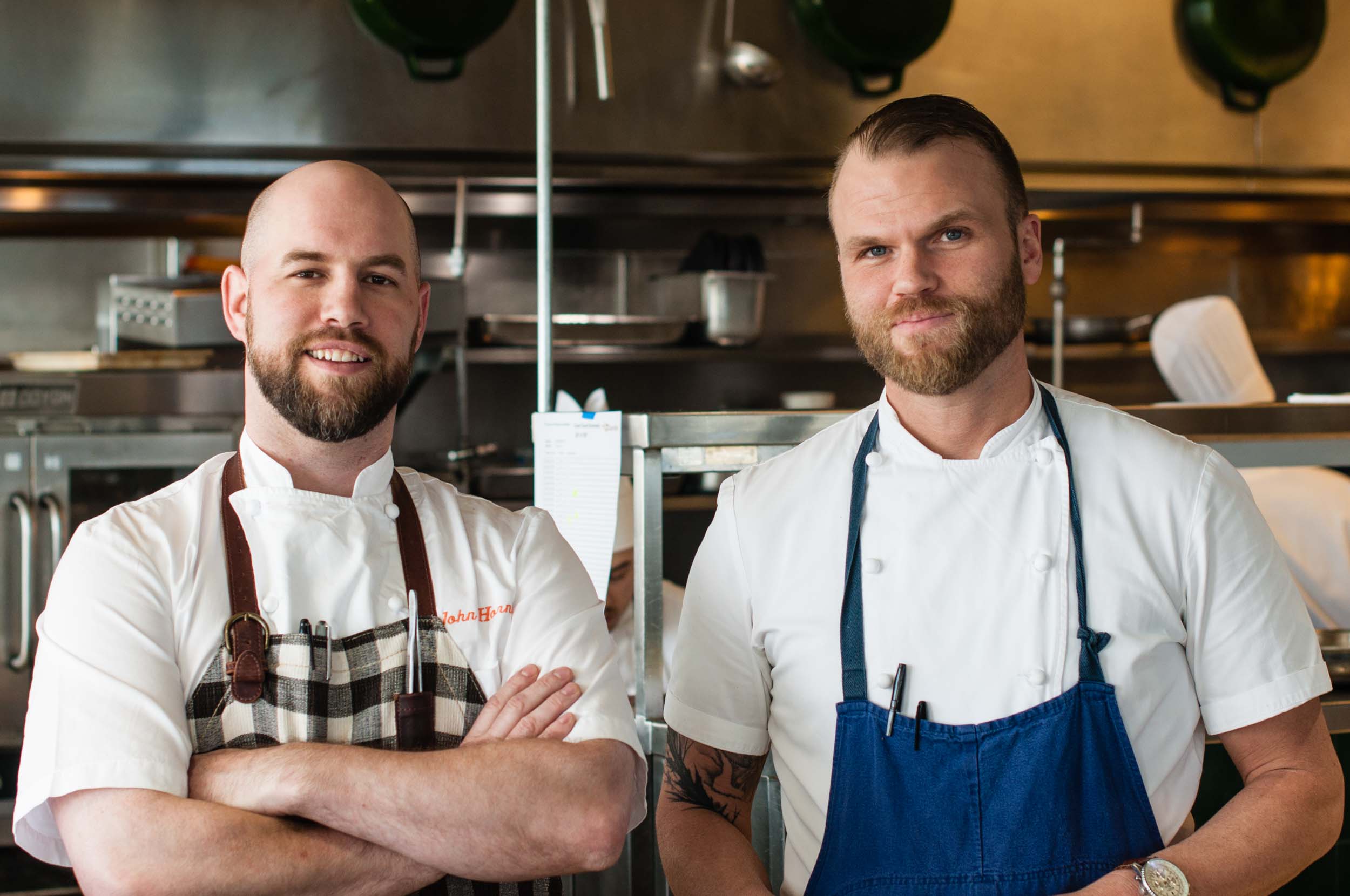 We are currently SOLD OUT. To be added to our waiting listing, please email contact@oliverbonacini.com. Chef Ron has always loved food – whether he was digging in to his mom’s homemade Sunday roast or mixing up waffle batter on Saturday morning. After completing a Culinary Arts diploma in his hometown of Vancouver, he took off to New Zealand to play competitive rugby and travel abroad, until an unfortunate injury ended his career in his early 20s. That’s when he decided to move back to Canada and give cooking a shot.

In 2006, while researching the U.K.’s Michelin-star restaurants, Chef Ron booked a ticket to Edinburgh, Scotland on a whim. Through sheer persistence, he was able to snag a role training under Michelin-star Chef Tom Kitchin, who would become a great influence and mentor. He spent nearly four years at The Kitchin cooking classic French food with Scottish ingredients, while grinding out 17-hour days. He worked hard to perfect his old school cooking techniques, established a strong sense of discipline, and learned how to take criticism in the kitchen.

Chef Ron made the leap to Melbourne, Australia in 2010, where he helped to open Maze by Chef Gordon Ramsay, and then moved on to work under Chef Scott Pickett at Estelle Bar & Kitchen. After rising up to Senior Sous Chef, he was appointed by Chef Pickett to open and lead Saint Crispin as Chef de Cuisine, which would earn two hats in 2014. The following year, Chef Ron made another big move – this time to take a Chef de Cuisine position at the Six Senses resort in Zighy Bay, Oman. While he embraced his autonomy and took the opportunity to create and test out new dishes, after 18 months he was ready to come home to Canada.